Why NAC and Glutathione are Important for Immune Health and More

N-acetyl l-cysteine (NAC) is a potent antioxidant derived from a naturally occurring amino acid. While doctors commonly use it to treat those who overdose on paracetamol (acetaminophen, Tylenol), it appears that supplementing with NAC and/or its precursor glutathione may have additional health benefits. One specific area of interest to researchers is NAC’s effects on the immune system.

When ingested, the body converts the more stable NAC into the less stable glutathione, which consists of three amino acids: glycine, cysteine, and glutamic acid. Glutathione is naturally present in humans, animals, plants, and fungi, where it helps protect cells from oxidative damage. In addition, glutathione helps the body “recycle” vitamin E and C. Studies show that higher blood levels of glutathione are associated with a reduced risk for illness, especially in the elderly.

Eating the following sulfur-rich foods can help one optimize blood glutathione levels. When this is not enough, supplementing can be considered.

Proponents suggest NAC/glutathione can help with the following.

A healthy immune system is necessary to fight off dangerous pathogens that we are exposed to in our everyday lives, including viruses, bacteria, and fungi. Dependent on both innate and adaptive immunity, immunohealth can be affected by many lifestyle factors from exercise and sleeping habits to diet and stress management.

There is also evidence that glutathione can play an important role in keeping the immune system strong. Studies show glutathione, which is naturally produced in the liver, is crucial to helping keep our white blood cells, or lymphocytes prepared to fight infections and diseases.

A 2011 study showed the following conditions are associated with lower levels of glutathione in the blood.

Consuming a diet containing foods rich in sulfur and cysteine can help boost glutathione in the body. If diet is not sufficient at raising glutathione levels, a supplement can be taken.

Chronic obstructive pulmonary disease (COPD), which includes emphysema and chronic bronchitis, is a common respiratory ailment usually caused by tobacco use. While pharmaceutical medications are useful in helping to make breathing easier for those who suffer from this inflammatory lung disease, many still prefer more natural approaches.

Frequently, a person will use prescription medications in addition to a supplement like NAC, which is one of the most commonly used. While NAC can be taken as an oral supplement, an oral solution can also be composed by specialty pharmacies and used in a nebulizer machine.

A 2012 study showed that NAC could be helpful in breaking down excessive mucus that could form in the lungs of the infirmed, while a 2013 study in Chest also showed the benefit in the lungs of COPD patients. A 2016 study in Respiratory Medicine concluded that “NAC has good antibacterial properties and the ability to interfere with biofilm formation and disrupt biofilms.” However, more studies are needed, according to the researchers.

A 2014 study discussed evidence of NAC helping to reduce COPD exacerbations and improving small airways function. A 2016 study of Expert Review of Respiratory Medicine concluded that doses of NAC greater than 1,200 mg per day could help prevent acute exacerbations in those with COPD, which is important as many with chronic lung disease end up in hospitals during an acute attack. Researchers went on to state that 600 mg per day was sufficient to help stabilize those with chronic bronchitis.

However, a 2015 study and 2018 study did not show significant benefit of either oral or inhaled NAC in those with lung disease. There was also no reported harm, so those who wish to try it can do so safely. My advice is if you notice a benefit, continue taking it. If no benefit exists, simply stop.

The liver is the body’s main blood filter and responsible for removing potentially dangerous chemicals (pesticides, alcohol, medication and more) from our blood. NAC specifically helps protect the liver from toxins, such as acetaminophen (paracetamol), alcohol, and other environmental chemicals. It also works by helping the body build intracellular levels of glutathione, which allows the liver to detox chemicals.

Those who routinely use acetaminophen (Tylenol, paracetamol) for chronic pain should be aware that consistent use can put extra stress on the liver and lower glutathione levels. In my opinion, supplementing with NAC or N-acetyl cysteine to help minimize liver stress should be considered.

Heart disease is a leading killer in the United States, Europe, and Asia. Unfortunately, as more countries adopt a Western lifestyle in place of their ancestral diets, heart disease will continue to progress. In the United States, alone, deaths due to heart and vascular disease unnecessarily kill almost 1 million people every year. Heart attacks and resulting cardiac damage are caused by heart disease.

Diabetes and the presence of elevated blood sugar can also negatively affect the heart, increasing the risk for a heart attack. A 2016 study using rats showed that “sugar-induced damage” to heart tissue could be minimized when the subjects were supplemented with NAC. This implies NAC can protect the hearts of those with diabetes.

A 2018 study using rats showed that NAC could help reduce injury due to poor oxygen flow to the heart. Another study from the same year showed its benefit in protecting heart tissue from heart attacks.

A human study in 2018 evaluated patients with enlarged hearts, specifically a condition doctors call hypertrophic cardiomyopathy (HCM). In the double-blind, randomized, sex-matched, placebo-controlled study, patients were given either a placebo pill or NAC, at a dose of 2,400 mg per day. In the study, which lasted 12 months total, 29 of the patients took NAC while 13 were placed in the placebo group. The researchers concluded that there was small improvement, but due to the limited number of patients in the study, firm conclusions could not be drawn.

A 2019 study showed that NAC could help protect the heart of rats from the side effects of chemotherapy medication used to treat cancer. Important: if undergoing cancer treatment, it is very important to consult with your physician prior to taking any supplements.

Mental health conditions such as anxiety, depression, and schizophrenia, are a challenge for patients, families, and communities alike. Diet and exercise are crucial to ensuring optimal mental health and wellbeing, and medications are frequently prescribed by physicians to help treat chemical imbalance. Frequently they are beneficial, however many people don’t take medications recommended by a doctor out of fear of side effects. Natural treatments are often sought, and NAC is one that is commonly used. There may be benefits.

A separate 2018 study also evaluated patients with schizophrenia. The study was a 12-week, double-blind, randomized, placebo-controlled, clinical trial. Its goal was to evaluate the effectiveness of 1,200 mg of N-acetyl cysteine (NAC), or a placebo, as an add-on with conventional schizophrenic medications. In total, 84 patients with chronic schizophrenia were studied. Those who received the NAC saw an overall improvement compared to those who were given a placebo.

A 2017 study in Psychological Medicine concluded, “NAC may have an impact on cognitive performance in psychosis, as a significant improvement in working memory was observed in the NAC-treated group compared with placebo.”

Fertility issues is a common issue experienced by tens of millions individuals worldwide. It has many causes, and both women and men are affected. NAC appears to play an important role for fertility due to its antioxidant levels.

Polycystic Ovarian Syndrome (PCOS) is a common cause of infertility. Fortunately, this condition is frequently induced by diet and lifestyle, so making the appropriate changes, including weight loss, can help successful pregnancies to occur. There are times, however, when medications are required.

A 2017 study showed that NAC when taken with commonly used PCOS medication clomiphene, could be beneficial to women who want to become pregnant. Note: Always check with your doctor prior to supplementing.

A 2020 study compared NAC with metformin, a commonly used medication for PCOS. It found that NAC helped not only weight loss but also lowered testosterone levels in women. The researchers concluded that NAC could be considered as an alternative to metformin. Pregnancy rates were similar in both groups.

A 2019 study also showed some hope for men who had less than optimal sperm quality. In the study, sperm count and motility both improved, and researchers concluded, “NAC

Worldwide, more than 422 million people have diabetes. The vast majority — 90 to 95 percent — have type 2 diabetes, a condition primarily due to lifestyle factors, like poor diet and limited physical activity. Type 1 diabetes is not preventable once it starts and occurs when the immune system erroneously attacks the pancreas, preventing the pancreas from secreting insulin.

A 2018 study in the American Journal of Cardiovascular Drugs showed that the hearts of those with diabetes were better protected in the presence of NAC supplementation. Specifically, researchers commented that “NAC exhibits strong potential for the protection of the diabetic heart at risk of myocardial infarction through inhibition of oxidative stress...”

While the use of diabetic supplements may be beneficial to some with the condition, healthy lifestyle changes are the foundation to controlling blood sugar levels. Those with diabetes should never stop taking medications without first consulting with their physician.

Previous Article
Vitamin C for Kids: Is Your Child Getting Enough?
Next Article
How Much Fiber Should We Eat Every Day? 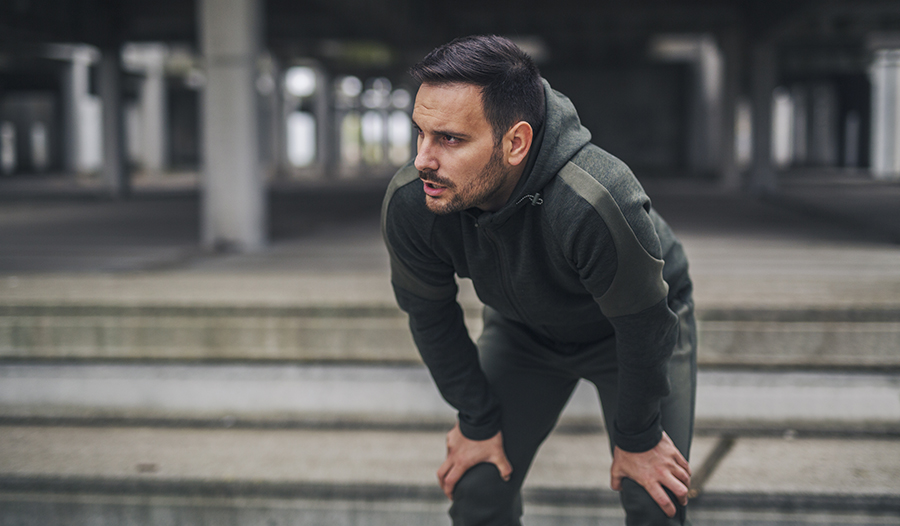 Can Supplements Help Protect Against the Harmful Effects of Pollution? 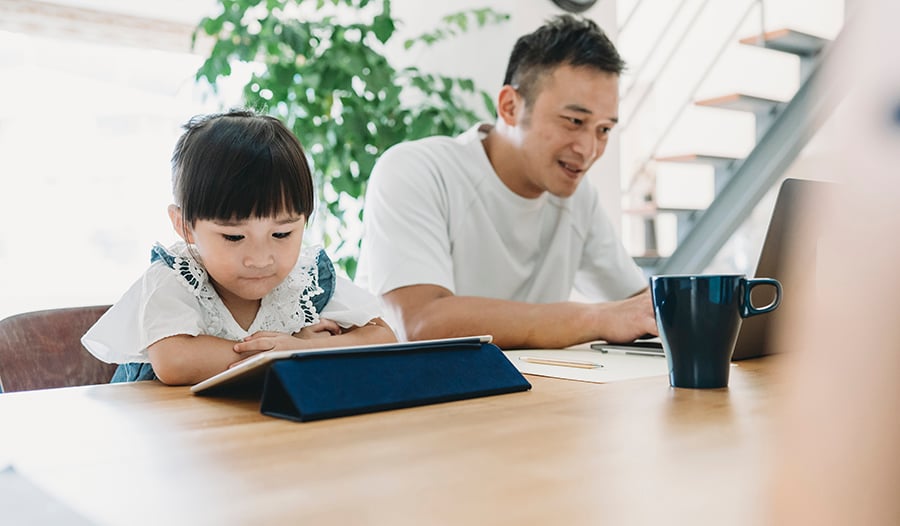 5 Healthy Habits for Working from Home

More of the workforce have needed to sign on from home, focus on staying safe, and build healthy habits. Dr. Gabriel Espinoza advises on how to stay healthy while working remotely. 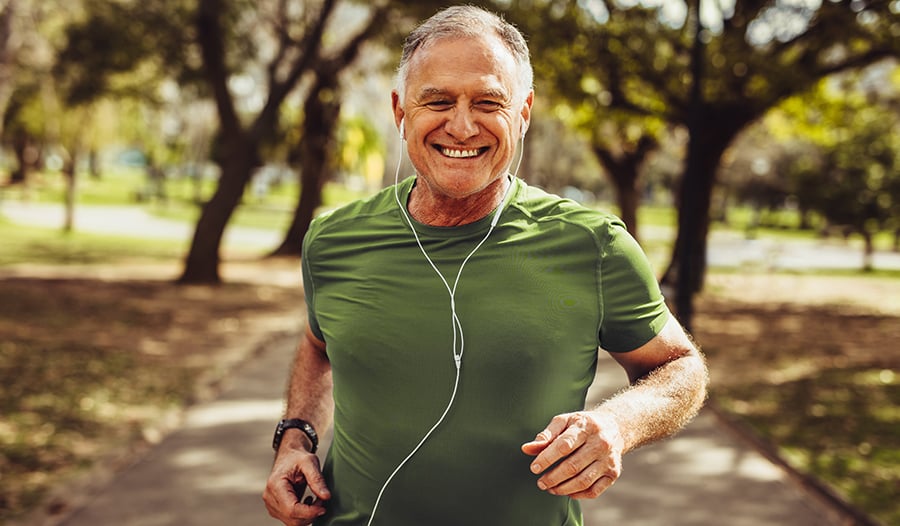 The Protective Power of PEA and the Immune System

PEA is a fatty substance that is produced by the body that helps in regulating cellular functions. It has been studied for its ability to support immune health.